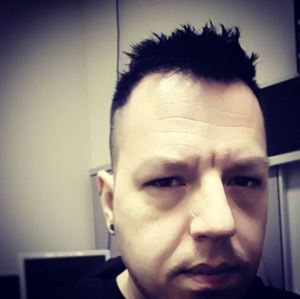 Formed in late 2016, A Moment of Release is Wes Orlik.

A multi-instrumentalist, recording engineer, producer and remixer, Orlik puts away the driving guitars and aggressive electronics that lead his earlier paths in music, and takes a step back with a starker, minimalist approach, creating lush, ambient, and at times harsh landscapes created entirely with analog synthesizers.

“Analog synths are imperfect and organic,” he says. “I don’t use presets. Every time I recreate a patch, it’s slightly different. With analog, you never get the same sound twice.”

Beginning with 2017’s debut, EMANATE, A Moment of Release draws inspiration often from imagery, both in the form of photographs and imagined scenery, utilizing a variety of modulation techniques and interplaying layers, creating an ever evolving landscape of sound.

“Each piece begins a little differently. Sometime’s I’ll see a photograph that sets the tone through the emotions it conjures up, other times, something will just come out as I play around knobs and patches.”

Continuing with 2018’s pair of EPs, STILL and DRIFT, he describes A Moment of Release’s music as “a soundtrack for a film that was never made” – a beautiful, sometimes haunting ambiance that encourages the listener to paint their own imagery to.